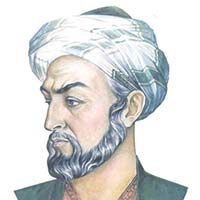 “Therefore in medicine we ought to know the causes of sickness and health.”
– Ibn Sina

The Story of Ibn Sina

Born in Central Asia in 980, Ibn Sina was a Polymath who is regarded as one of the most significant thinkers and writers of the Islamic Golden Age.

Ibn Sina was a Philosopher, Astronomer and poet who had gained immense skill and knowledge in the field of medicine and, at the age of only 17, cured the King of Bukhara of an illness no other physician had been able to touch. As a reward for his service, the young physician was allowed access to the King’s royal library where he furthered his studies and at the age of 20, was known as the most learned person of his time.

His original contribution to medicine included descriptions of guinea worm, anthrax, locked jaw (tenanus), pleurisy, diabetes, oral anesthesia, animal experimentation and malaria. Among many other things, he gave a good account of the relationship between psychology and health, which modern medicine has only acknowledged in fairly recent times. He also provided the most comprehensive treatment of pharmacology ever, including descriptions of 760 drugs and their uses.

Of the 450 works he is known to have written, around 240 have survived, including 150 on philosophy and 40 on medicine.

His most famous works are The Book of Healing, a philosophical and scientific encyclopedia, and the Canon of Medicine, a medical encyclopedia which has been called the most famous medical textbook in history. In the 12th century, The Canon of Medicine was translated into Latin and became the most popular and widely used medical textbook in Europe, serving as the foundation of medical universities and remained in use as late as 1650.